Link to Historic Buildings on Campus

Kansas Wesleyan University Archives:  The archives are a closed collection in Memorial Library. If you would like access to any of the materials in the archives, you will need to contact one of the librarians and make arrangements at ruth.mirtz@kwu.edu or 785-833-4396.

Who else is sharing a milestone this year?

1883: The new Conference of Northwest Kansas of the Methodist Episcopal Church meets for a first annual meeting, where the possibility of a college is discussed.

1885: The Conference of Northwest Kansas raises $3500 toward a new college. Several cities vie for the location of the new college, but the city of Salina’s offer of 15 acres and $26,000 is accepted. The name Kansas Wesleyan University is decided upon. A plot of land ½ mile south of the city limits of Salina is chosen.

1886, Sept. 15: The Administration Building is completed and opens its doors to the first class of 2 college students (one senior and one freshman), 61 students in preparatory classes, 25 in music, 20 in business, 9 in normal school, 27 in training school. Tuition and fees are $13.00. Most students live in Salina with host families or in rented rooms.

1886: The Athenaeum Society for women students is formed. Student societies were the heart of student social activities and where oratory and forensic competitions began. Later, the Y. M. C. A. and Y. W. C. A. are active student groups..

1891: C. W. Burch is the first graduate to complete all of his work at Kansas Wesleyan.

1893: The first informal “pick-up” game of football is played against Baker University. Baker wins, 44-0. Student injuries are so severe that administration and faculty ban football for the next five years. Baseball is the only varsity sport for many years.

1903: First season of football with 6 games is played, with a student coach. The team loses to Bethany, 40-0. The football team regularly plays against local colleges, high school teams, and larger universities such as Wichita State and Kansas State during the next few years. In 1910, football is again cancelled until 1914.

1909: University Methodist Church is organized to serve the university and south Salina, with services held in the Administration Building of Kansas Wesleyan, until 1917 when the present structure is built.

1921: Administration Building is moved to make way for a new building. It is renamed Lockwood Hall in 1922 and serves as the fine arts and humanities building for another 37 years.

1928: The Grafton-Clubb mural “The Coming of the Pioneers” in Sams Chapel is dedicated.

1928: Rupel Perkins is the first African-American to play college football in Kansas, playing for Kansas Wesleyan. Perkins faces discrimination in many arenas: he is not allowed to play with his team at some colleges, he cannot use most public transportation, and he is required to be in his lodgings before sundown every night, unlike his white teammates.

1930: Greek and Latin are no longer required courses. Tuition plus room and board are $400 a year.

1943-1947: After many years of maintaining enrollment above 300, and largely because of World War II, enrollment drops to 136. After the war, enrollment explodes to 516 in 1947, with many more married students and veterans than ever before.

1948: Memorial Library is built and dedicated to the 24 students who died serving their country in World War II. Students form a line from the Carnegie Science Hall to shift the book collection, one tray at a time, to the new library.

1951: Pfeiffer Hall for Women is dedicated.

1959: Lockwood Hall is torn down. McAdams Student Center opens in the basement of the Hall of Pioneers (now housing offices and classrooms for the music programs).

1968: Enrollment hits 800. Many male students are shuttled to campus from rented barracks at the former Schilling Air Base because the campus residence halls are full.

1987: King Gymnasium burns down. The building had been condemned but there were plans to remove the clock tower before demolishing the structure. The cause of the fire was reported to be of  a “suspicious nature.”

1988: KWU takes over the Asbury nursing program, located at Asbury-Salina Regional Medical Center. In 1994, the program moves to campus.

1991: The Clock on Hall of the Pioneers is dedicated

1994: Woodworth fund is established when Alumni G. Walter “Woody” Woodworth, ’24, and Elizabeth “Betty” (Cuningham) Woodworth, ’26, bequeath part of their estate to support purchase of library materials and for scholarships.

1994: MBA program is launched; fiber optic cable is run to most of the buildings on campus.

2000: Memorial Library is reopened after a semester of extensive renovation, including removing the card catalog, moving offices, and installing the Terry Evans collection of photographs.

2006: The first Project HERO day is organized by the Student Activity Board and continues through 2015.

2010: Paul Green and the media students go live with the first internet radio broadcast of KKWU.

2019:  Kansas Wesleyan received two, million-dollar gifts in June to jump-start a capital campaign that will result in a $4.5 million Nursing Education Center to open at the end of 2020. 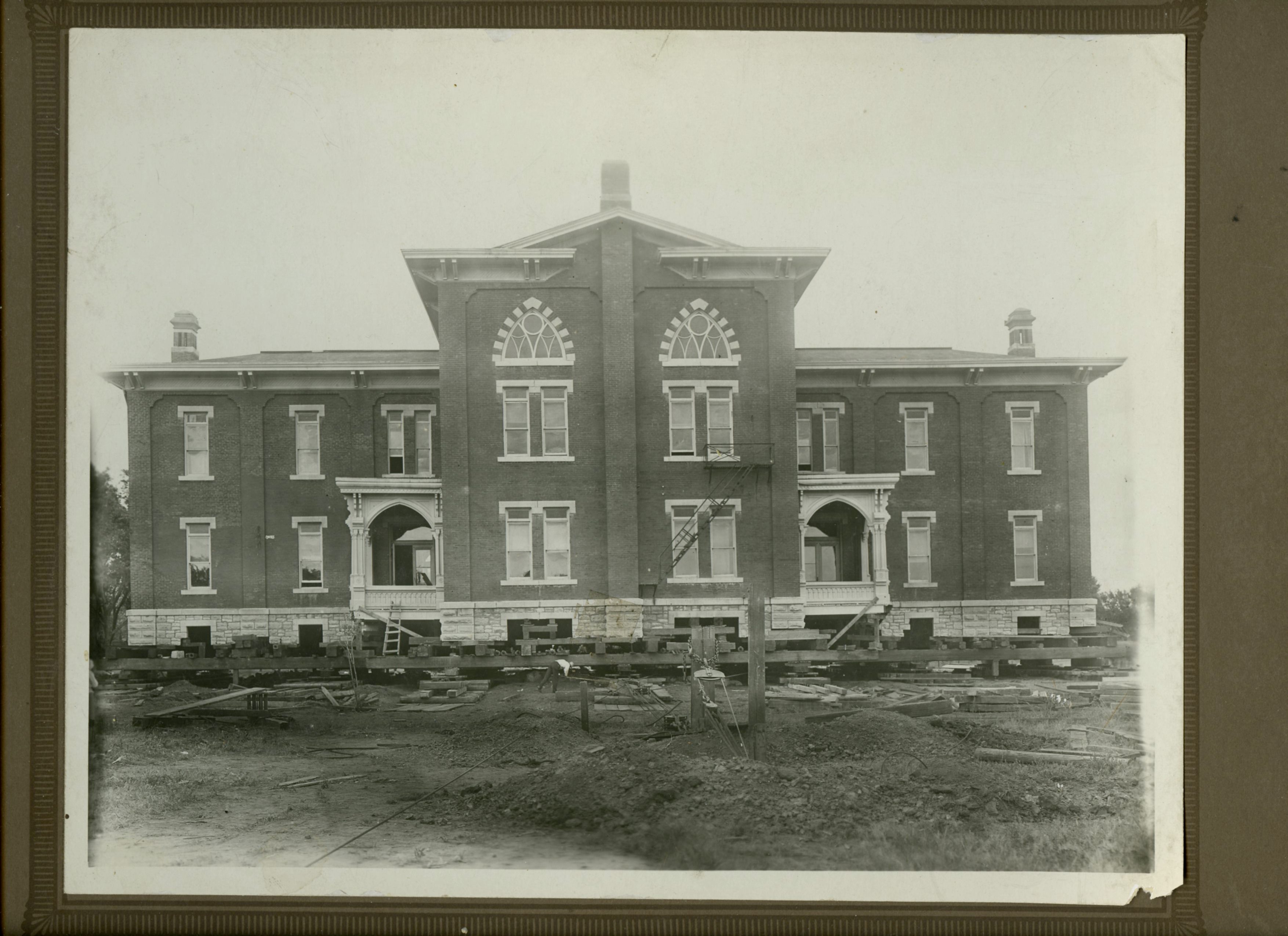 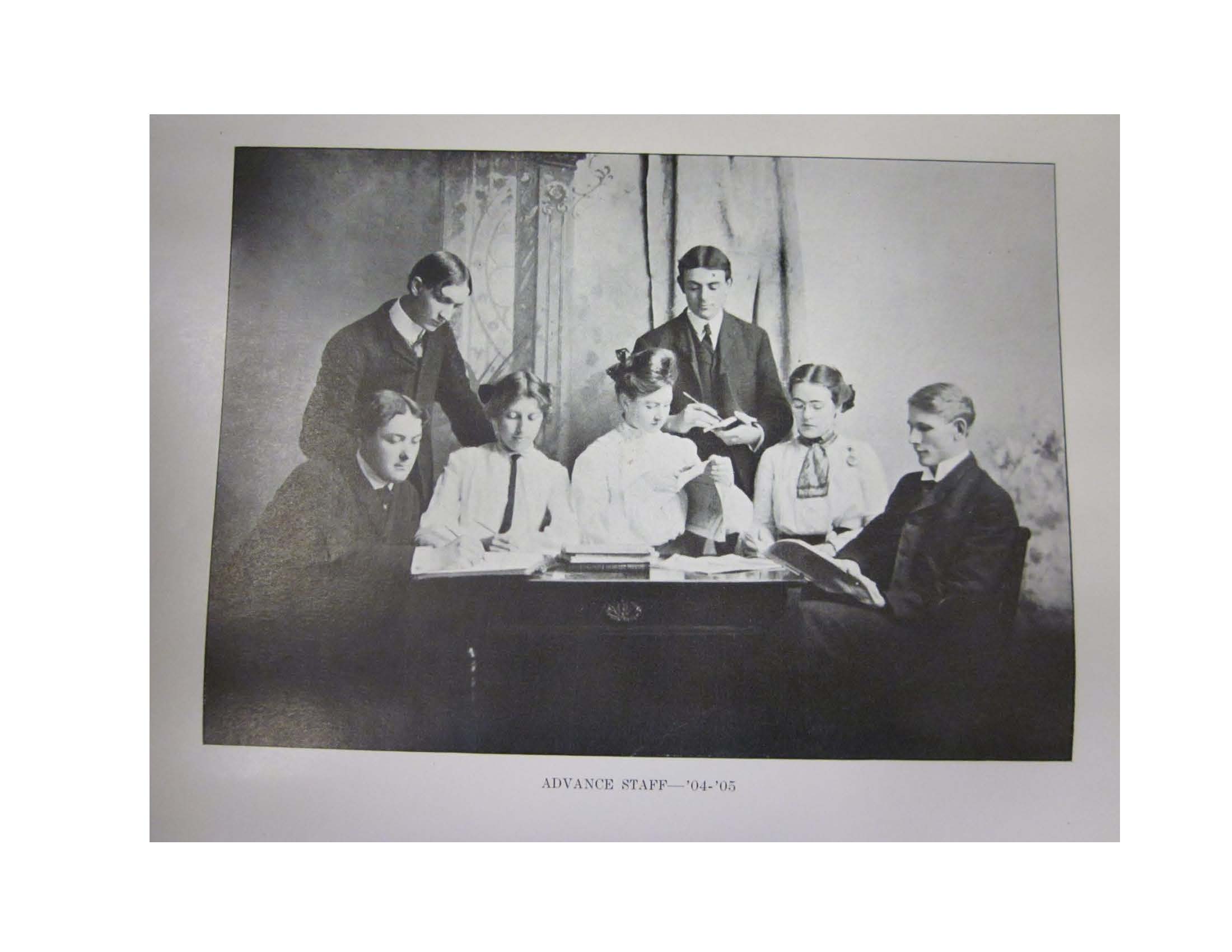 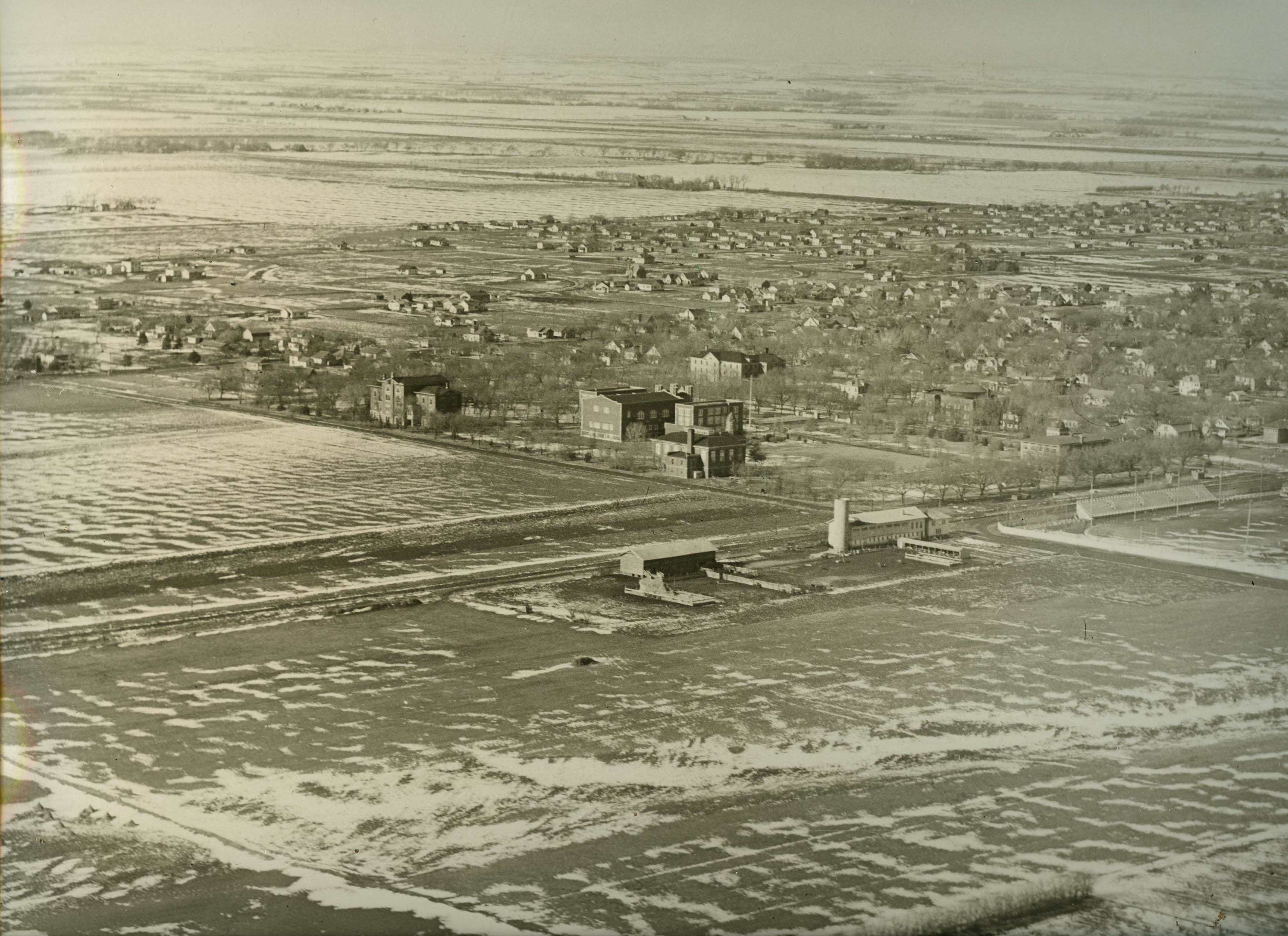 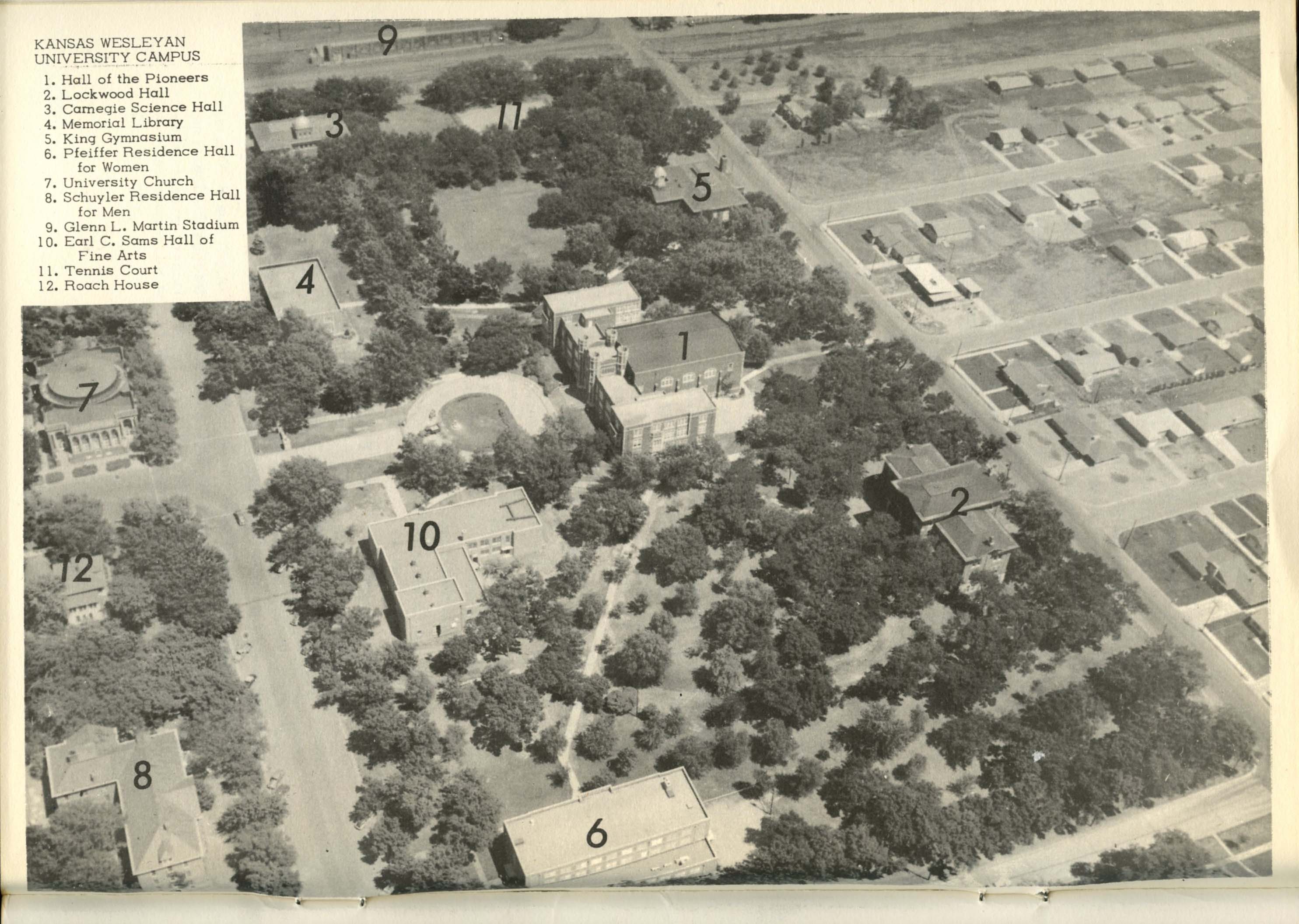 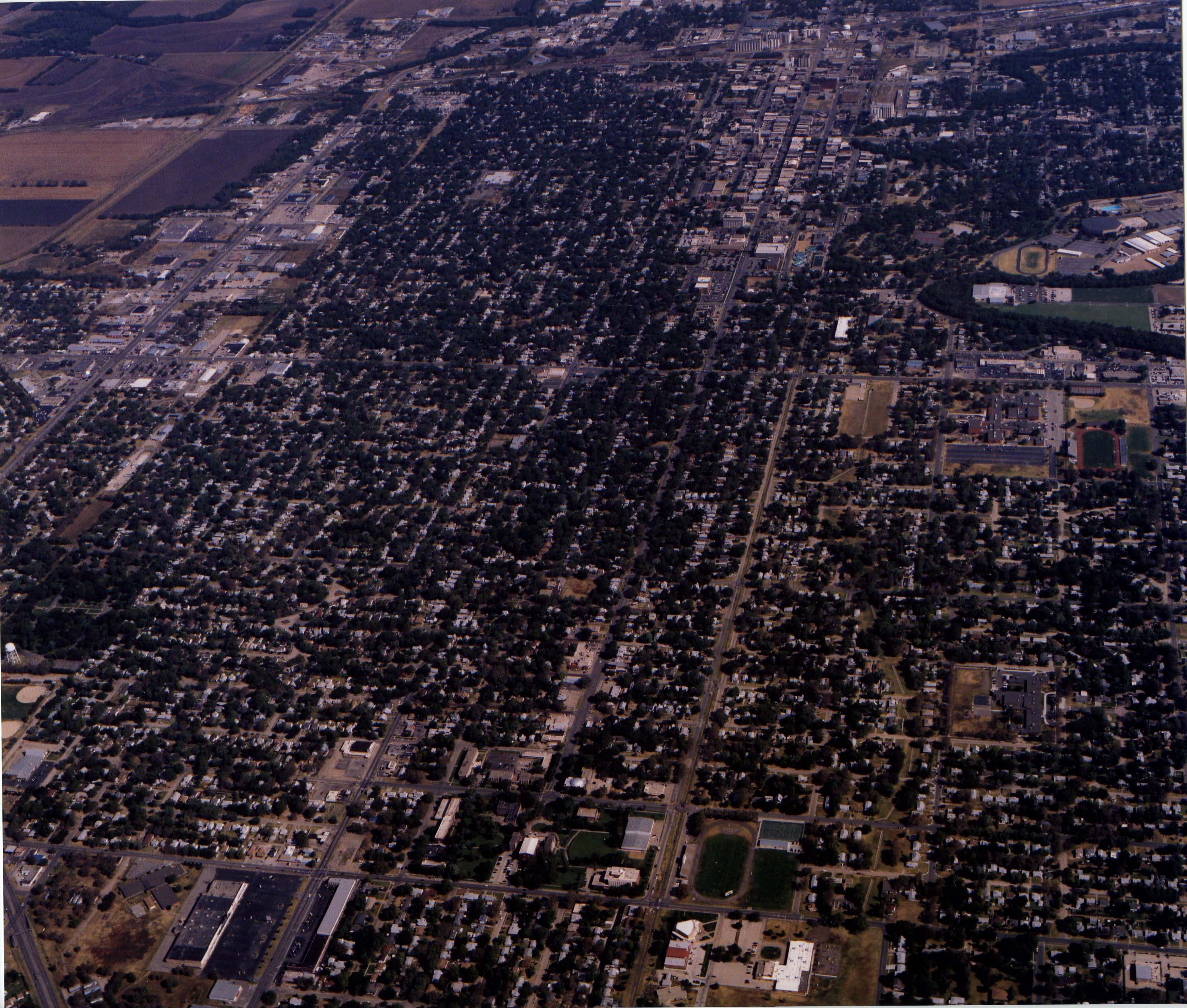